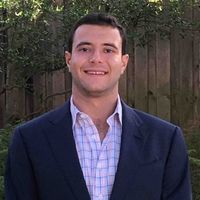 The mind is a beautiful thing. It has the ability to retain, forget, imagine and create, but also destroy… on our command. It was in Greek Antiquity where philosophers like Plato and Aristotle first delved into topics like Society, Politics, Power and Technology, and the best approach to promote progress rather than harm.

In a Platonic Society, the Philosopher Kings would reign supreme, being the only group with access to the power of technology, or techne (direct translation: art, skill i.e. carpenter’s techne would be carpentry), hence “power of the few vs. the many.” The structure of Plato’s governing hierarchy was to be reminiscent of the relationship between a parent and their child. You see, these philosophers understood the double-edged sword of technology. On the one hand, technology could and would advance societies to new lengths, but it could and would also be the Pandora’s Box that made them crumble. By having this sort of power in the hands of the few, it’s exposure to the world would be cautiously measured to prevent the opening of any sort of “Box.”

To address any questions in regards to the relevancy of this philosophy lesson, there is this: The Box is open and has been open, and there is no closing it… So now what…?  We never stop learning. We ensure the mind “retains, imagines and creates.” It’s our job to keep up with what’s coming out of that Box, never falling behind, but never getting ahead… staying “neck and neck.”

We are in a revolution. It’s obviously not the first, and it sure won’t be the last.

“The current revolution is just like previous revolutions where jobs were destroyed and new jobs were created. To survive in a world where people are living longer and working longer, a habit of lifelong learning will become an essential survival skill. We must become a Lifelong Learning Economy.”